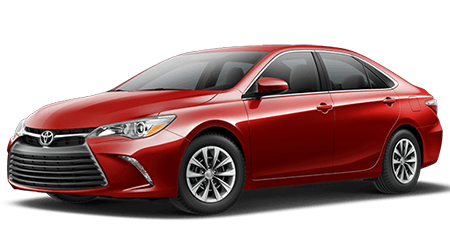 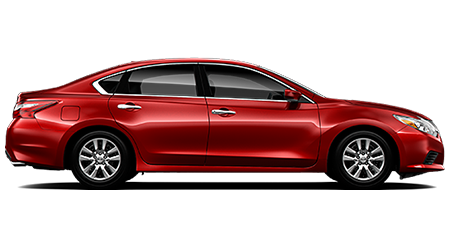 The Toyota Camry is still enjoying its reign as one of the best-selling cars in America, and it doesn't look like that will change any time soon. The 2016 Camry is available now at Sun Toyota in Holiday, FL. Come and shop our impressive selection of new Toyota cars for sale in Holiday and find yourself a beautiful new car for all of your driving needs. Sun Toyota in Holiday proudly serves drivers from all over Tampa, Palm Harbor, Tarpon Springs, New Port Richey, Clearwater, Largo, and Wesley Chapel, FL. Come see us today at our Holiday Toyota dealership at 3001 U.S. 19.

Toyota's 2016 Camry is a fierce competitor, and it goes up against rivals like the Nissan Altima without flickering a headlight. Let's see how these two vehicles compare.

In the previous model year, the Toyota Camry got a large number of cosmetic and convenience upgrades. The powertrains and drivetrains are the same, but the Camry heads into 2016 with fresh new styling, a bunch of new features and equipment, and an updated interior with improved materials and finishes. On the other hand, the Nissan Altima was given only minor updated last year, which included a standard power driver's seat for the SV trim as well as a Technology package for the 3.5 trims. Toyota keeps things interesting and the Camry is well equipped to drive into the future - and past the Nissan Altima.

If you look at the J.D. Power and Associates' Power Circle ratings for the Camry and the Altima, you will find a lot of the same perks. Both sedans get a four-circle rating out of five, which indicated better-than-average reliability. Their warranties are similar as well: three years or 36,000 miles for the new car (bumper-to-bumper) warranty and five years or 60,000 miles for the powertrain warranty. The Toyota Camry has something the Altima doesn't, though; two years or 25,000 miles of no-cost maintenance through ToyotaCare. Score another for the 2016 Camry!

Both the 2016 Camry and the Nissan Altima are well-rated for fuel economy with their four-cylinder engines. They both offer V6 power with a healthy dose of efficiency, too. The Toyota Camry has a trick up its sleeve though: an available hybrid powertrain that can earn up to 43 mpg city and 39 mpg highway. The Nissan Altima does not have an available hybrid powertrain, so if you are looking for ultimate efficiency and lots of savings on your future fuel bills, pick the 2016 Toyota Camry.

In tests by the International Institute for Highway Safety (IIHS) both the 2016 Toyota Camry and the Nissan Altima score well. Both have 2016 Top Safety Pick + designations - which means they both have earned `Good' scores in every single crash test, even the difficult small-front overlap crash test. The Camry pulls ahead with a few tests, namely the ease of use of the LATCH child seat system (the Camry earned an `Acceptable' rating versus the Altima's lower `Marginal' rating) and the IIHS rated the Camry's headlamp function `Marginal' over the Altima's `Poor' headlight function rating. The 2016 Toyota Camry also has the leg-up when it comes to safety equipment, which includes a standard rearview backup camera, an item which the Altima only offers as optional on the base model. Winner? The 2016 Camry!

The 2016 Toyota Camry and the Nissan Altima might seem pretty similar, but if you look closely, you will see that the Camry triumphs time and again over the Altima. The Camry is, overall, a much better value than the Nissan Altima, even though its MSRP is slightly higher. The 2016 Toyota Camry starts at an MSRP of $23,070 while the Altima starts its MSRP at $22,500. That's under $600 more for the Camry, which is far superior in terms of standard safety features, design, and fuel economy. You can save even more when you come in to Sun Toyota and get our best price on a Toyota Camry. The Toyota Camry gives you more bang for your hard-earned buck, so it's worth it to check out this amazing sedan. The interior is more refined and offers a nice look and feel than the Altima's cabin. The 2016 Camry is also much quieter and provides you with a more grounded and capable driving dynamic thanks to updated handling. The standard rearview camera and the Entune infotainment system that comes on every new Toyota Camry are also a major boon. Get the most car for your cash by shopping the 2016 Toyota Camry at Sun Toyota.

Check out the Toyota Camry at Sun Toyota in Holiday

When you are looking to get into one of the best cars on the market, you should take a long look at the Toyota Camry. It bests the likes of the Nissan Altima without trying and will certainly make the best out of your daily drives. If you want an amazing car for sale near New Port Richey, Clearwater, Largo, Wesley Chapel, Tampa, Tarpon Springs, or Palm Harbor, FL, then come to Sun Toyota for a tour and a test drive in the Camry.