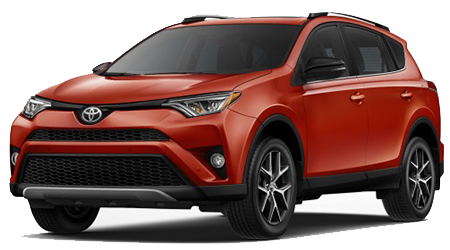 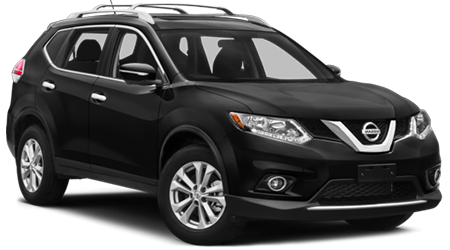 Looking for a competent crossover utility vehicle that is packed full of the latest in safety, audio, and convenience technology? Try the Toyota RAV4 on for size when you visit Sun Toyota. Our spacious Toyota dealership near Holiday, FL is proud to serve drivers from all over New Port Richey, Tampa Bay, Tarpon Springs, Palm Harbor, Wesley Chapel, Largo, and Clearwater with a variety of new Toyota cars, trucks, SUVs, and crossovers. Check out the Toyota RAV4 lineup and find your next dream car here at Sun Toyota. You will be the envy of the carpool lane in your new RAV4, so what are you waiting for? Head to Sun Toyota for a test drive in the 2016 RAV4 and you may just drive home in one of these eye-catching crossovers tonight!

Let's see how the 2016 Toyota RAV4 stands up to rivals from other brands, like the Nissan Rogue. You will see why the Toyota RAV4 has continually been one of the best-selling cars in its class year after year.

The Toyota RAV4 has long been one of the leading crossover SUVs in the industry, and the 2016 RAV4 model does not shy away from that legacy. The 2016 RAV4 wears a fresh look from a recent restyling that gave it a much more athletic design that can easily adapt to the city streets or to the open road. For the 2016 model year, the Toyota RAV4 is offered in fourteen different colors, some of them two-tone for extra flair and style. The Toyota RAv4 really stands out with its new styling and eye-catching colors, on the other hand, the Nissan Rogue wears a more down-played look that it far less eye-catching than the RAV4. The RAV4 also looks sportier and less bulky than the rounded Rogue. Toyota takes the win in the looks department!

Under the hood of the 2016 Toyota RAV4 you will find a 2.5-liter inline four-cylinder engine mated to a six-speed automatic transmission with standard front-wheel drive or optional all-wheel drive. The engine is rated for 176 horsepower and can earn up to 23 city and 30 highway mpg. In the all- RAV4 Hybrid, the same engine is linked up with an electric motor and battery pack that increase the fuel economy estimates to 34 city and 31 highway mpg. The Hybrid powertrain also increases the net horsepower to 194, which is a great boost when passing or merging onto the highway. The Nissan Rogue is also powered by a 2.5-liter inline four-cylinder engine but it only makes 170 horsepower. The Nissan Rogue also doesn't have an available hybrid powertrain, so you have no option for better fuel economy or more horsepower like you do with the 2016 Toyota RAV4. The Toyota RAV4's suspension system consists of a front strut and rear double wishbone suspension which provides a more grounded driving experience when compared to the Rogue's multi-link rear suspension system (the Rogue also features front struts like the RAV4). Toyota takes the point for better efficiency, more power, and more engine options!

When it comes to crossover utility vehicles, many shoppers are looking for sturdy vehicles that will keep them and their passengers safe on the road. The 2016 Toyota RAV4 can do just that and, based on its crash test scores from the NHTSA, it does it well. In the overall crash-worthiness test, the RAV4 is rated five stars out of five. The Nissan Rogue is only rates with four stars out of five. In the passenger side frontal barrier test, the Toyota RAv4 scores 4 stars, the Rogue only scored 3. The Toyota RAV4 is available with the advanced Toyota Safety Sense P System (TSS-P) as well as other safety features like an available blind spot monitor, Toyota's Star Safety System, eight standard airbags, and ToyotaCare for scheduled maintenance at no cost for 2 years or 25,000 miles. The Nissan Rogue isn't rates as highly in crash tests and does not come with an advanced active safety system like the TSS-P. Toyota wins again!

Test Drive the Toyota RAV4 at Sun Toyota in Holiday

Come down and see the friendly folks at Sun Toyota and ask about the Toyota RAV4 crossover utility vehicle. Sun Toyota has a wide selection of both standard and hybrid RAV4 models, so no matter what you are looking for, you have a good chance of finding it on our lot. The Nissan Rogue doesn't stand up to the 2016 RAV4; Toyota simply makes the more powerful, safer, and more stylish car. Come and see the 2016 Toyota RAV4 in person at Sun Toyota of Holiday, serving New Port Richey, Tarpon Springs, Tampa Bay, Largo, Clearwater, Wesley Chapel, and Palm Harbor, FL.