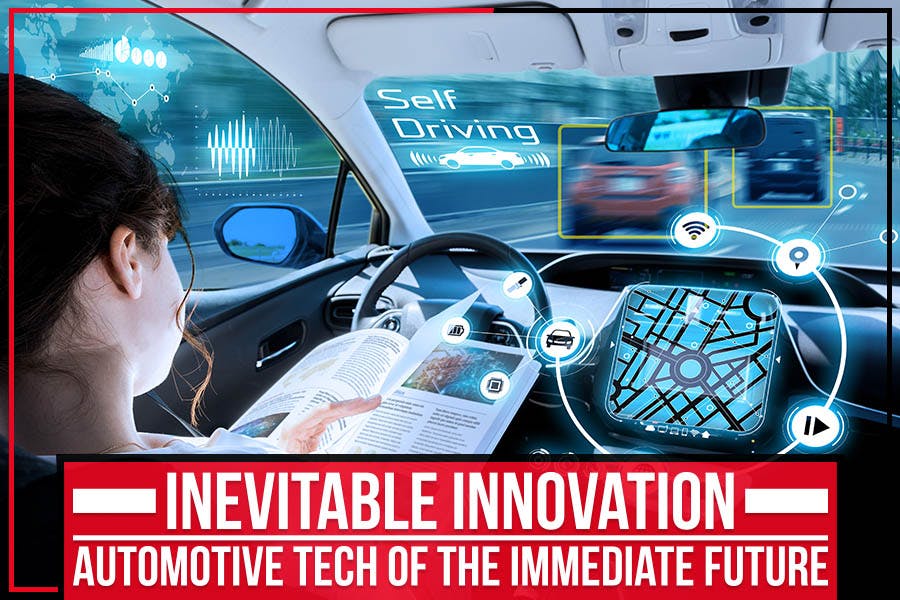 Many future car technologies have great odds of making it into mainstream production. Even if you're not on the lookout for a new car just yet, it's worth paying attention to these innovations, as they could shape the driving experience for everyone in the years to come. Here are a few exciting developments on the horizon.

It's hard to overstate the potential of self-driving cars. They could make our roads much safer (by reducing human error), but they could also free up a lot of time and attention for drivers, making commutes far more productive (or simply more relaxing). The technology is still developing, but it's progressing rapidly, and several major automakers are already testing autonomous prototypes on public roads.

Imagine being able to see real-time data about your surroundings projected onto your windshield. This is the promise of augmented reality, and it could have a significant impact on car interaction around us. While true AR may still be a few years away, some automakers are already experimenting with more limited forms of the technology.

These airbags help stop a car sooner and with minor damage by inflating around the car's pillars rather than just in the front. The result is a much smaller deployed airbag that still provides adequate protection.

By talking to each other, cars can share information about traffic conditions, accidents, etc. This would allow cars to route themselves around congestion or even accidents before they happen.

Hybrid cars are the next big thing. However, the lithium batteries that come with these car types take up too much space and make driving a car a major challenge. By storing energy in the body panels, a car could use that energy to power accessories or even help the engine run more efficiently.

By connecting cars to the internet, they can share information about traffic conditions, weather, and even parking availability. This would help drivers make better decisions about their route and avoid getting caught in traffic or bad weather.

In the future, car sensors will detect a driver's mood and adjust the car's settings accordingly. For example, if a driver feels tired, the car could play softer music and turn down the lights. Or, if a driver is feeling angry, the car could provide deep breathing exercises or calming music.

As we move into the future, cars will only become more advanced with new and innovative technologies. Some of these technologies have great odds of making it into production vehicles, while others may only be used in concept cars or prototypes. Alternative fuel & fuel-efficient vehicles are already taking over the auto markets in that regard!

If you're curious about any of these concepts or want to see how they work, visit Sun Toyota, serving Greater Carrollwood, FL. We can give you a closer look at some of the coolest car technologies on the horizon for automobiles.

Browse express with us today!